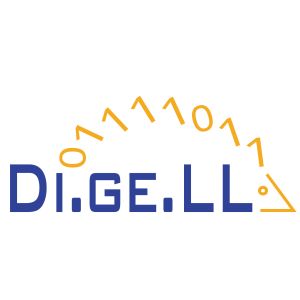 The doctoral program aims to develop and empirically validate research-based teaching and learning methods with digital tools for use in existing teaching practice. This helps to generate fundamental knowledge about successful digital support of subject-matter teaching and learning processes. A special focus is on the cognitive activation in phases of acquiring new knowledge – an area that depends to a large extent on the medial and subject-specific didactic quality of the digital teaching and learning environments used and which currently receives too little attention in research and practice.

SP3: Understanding swimming and sinking through a digital experimental environment.

SP4: Learning to think systemically with simulations of ecological systems.

When learners learn about functional relationships of dynamic, technical systems (e.g. hand mixer, drill), this requires an understanding of the system in which the respective operating principles come into play (Graube, 2009). In the subproject, students construct animations of dynamic, technical systems from their everyday lives with the help of digital tools. The elaboration, extension, and reorganization of knowledge structures about the structural design of and spatiotemporal changes in engineering systems that this requires, represent cognitive activities that can lead to a deeper understanding of how systems work (Chang et al., 2010; Hmelo et. al, 2000). An experimental study investigates the extent to which the construction of animations of dynamic, technical systems promotes the acquisition of the desired knowledge structures (Plötzner & Fillisch, 2017). We vary the conditions of use of the animation tools (e.g., provide construction aids, Leutner & Schmeck, 2014) so that the tools are used as effectively as possible by students.

In the sub-project, sixth graders create an explanatory video as a result of a phase of individual knowledge construction on the topic of “area calculation” and thus report their state of knowledge. Central to learning here is the activation of cognitive learning processes (activation of prior knowledge and generation of solution strategies) through the creation of video-based explanations (Lachner et al., 2020). In contrast to previous studies, the project works with subject-specific didactic criteria for explanatory quality. To learn about the area content formula of the trapezoid, the students are encouraged to generate different own solution approaches (Hußmann et al., 2015) and to record their explanations as a video (“video explanation”). These are taken up by the teacher in the subsequent teacher-led phase of knowledge construction, reflected upon and integrated into the target knowledge (various formulae and their references and justifications). Based on previous findings (Lachner et al., 2020), we investigate in which phase (individual phase versus teacher-led phase of knowledge construction) the recording of a video explanation is more conducive to learning. In addition, the effect of different variants of support (cf. Hübner et al., 2010; Nückles et al., 2020) in video explanations on the quality of the explanations and on learning success is investigated.

Subproject 3: Understanding swimming and sinking through a digital experimental environment.

Subproject 4: Learning to think systemically with simulations of ecological systems.

The subproject investigates how the development of facets of systemic thinking (in the project: using system models when dealing with complex dynamic problems in ecosystems) can be effectively supported with digital tools. The instructional support of systemic thinking follows the “Model of Problem-Oriented Teaching and Learning” (MoPoLL) (Rieß & Mischo, 2017; Fanta et al., 2019), which was designed for the scaffolding of scientific problem-solving skills, has proven itself repeatedly in fostering systemic thinking, and opens up numerous possibilities for cognitive activation supported by digital tools. It was derived from the 4C/ID model (Van Merriënboer & Kirschner, 2007) and includes several elements of cognitive activation. We investigate which effects the use of either digital qualitative, semi-qualitative or quantitative system models has on facets of systemic thinking. Second, the use of prompts in the form of verbal cues, reminders of demonstrated problem-solving strategies, feedback, and affirmations (Hsu, 2017) will be examined.

The subproject uses the interactive narrative computer game A Normal Lost Phone in conjunction with digital learning diaries to build literacy skills (Boelmann, 2015; 2017; Klossek, 2015; Boelmann & Klossek, 2013; König, 2020; Boelmann & König, in press) based on experiential learning (Buck, 2019; Dewey, 1938; Kolb, 1984; Kolb & Kolb, 2017). The focus is on the sub-competency literary figure comprehension with the levels figure identification, analysis, reflection (ibid.; Andringa, 2000; Rietz, 2017; Pissarek, 2013). The cognitive activation potentials of the game context as an interactive experiential space (cf. Boelmann & Stechel, 2020; Squire, 2006; Kraam-Aulenbach, 2003) as well as the influence of the medial format of the learning diaries (written or video-based) will be investigated. We test the hypothesis that the medial format of the learning diaries has an effect on the emphasis in the reflection processes (e.g. linguistic elaboration, subjective involvement, etc.) and on the literary figure comprehension.

In the subproject, students in grades 3 and 4 create digital drawings to monitor their learning from nonfiction texts with science content and thereby improve their comprehension (van de Pol et al., 2020). Monitoring comprehension contributes to high learning success in understanding age-appropriate nonfiction texts. However, often the accuracy of monitoring when learning from texts is low (Prinz et al., in press a) with a tendency to overestimate one’s own understanding (Wiley, 2019). Generative activities such as making drawings can help provide additional cues (cue-utilization framework; Koriat, 1997) that students can use to more accurately monitor their own understanding and thereby optimally regulate their further learning (Prinz et al., in press b; van de Pol et al., 2020). We will investigate the extent to which (a) digitally created drawings (with online support, e.g., through prefabricated parts of the drawings; Schmidgall et al., 2020) in an individual phase of reading provide diagnostic cues that students can use to monitor their understanding as closely as possible, and (b) how teachers can use information about the drawings to provide additional support for students’ knowledge acquisition.

In this sub-project, learning journals are used for a more in-depth examination of the learning material during the knowledge acquisition phase of new content. Learning journals promote learners’ cognitive activation, learning success, and interest in the subject matter (Nückles et al., 2020; Wäschle et al., 2015). In the project, learning journals are created and archived online in a shared workspace, which enables peer feedback (Nückles et al., 2005) as well as teacher diagnosis of learning processes (Nückles, 2019). The project investigates to what extent the different technological realizations of the learning journal in writing versus video (cf. Boelmann & König, in presss b; König, 2018) affect learning motivation and learning success (with different writing skills). Preliminary findings (Lachner et al., 2018) indicate that the video format stimulates processes of elaboration compared to the traditional learning journal. In the controlled intervention studies, the technological realization (written learning journal entries versus video journal clips) is varied intraindividually (i.e. all learners produce both) and the effect on learning success and motivation is measured. The learning journal are primarily written in German language education classes (Wäschle et al., 2015) and, for comparison purposes, additionally in biology classes (Glogger et al. 2012).

In the subproject, students develop their conceptual understanding of comparing two data sets by using a digital simulation tool (Ben-Zvi & Garfield, 2004). Here, the boxplot is a suitable representation (Bakker et al., 2005), but its interpretation can be complicated by specific misconceptions (Edwards et al., 2017; Lem et al., 2013a). In the subproject, a digital simulation tool for exploratory data analysis is developed further, which helps learners to answer question prompts for the pairwise comparison of two data sets (Lem et al., 2015) based on one-dimensional point clouds (Bakker et al., 2005). In a subsequent teacher-led phase, corresponding refutation examples are used to contrast the errors in the student products (Lem et al., 2015; Loibl & Rummel, 2014). Under investigation is whether and how a digital learning environment can support goal-directed cognitive activities – i.e., in an individual phase, the generation of partially intuitive-erroneous pre-concepts (Lem et al., 2013b), and in a subsequent teacher-led phase, the systematization of contrasting errors (Loibl & Rummel, 2014) in a manner conducive to learning through refutational examples (Palmer, 2003; Hynd, 2001).

In the subproject, students in late 5th grade develop a basic conceptual understanding of fractions as parts of a whole (Pithkethly & Hunting, 1996) using a digital modeling tool (Boomgarden et al., 2019, 2020). Central to the necessary conceptual change (Vosniadou & Verschaffel, 2004) is the detachment from preconcepts (especially natural number bias; Ni & Zhou, 2005) and the formation of appropriate mental models supported by the generation of visual models of fractions (Loibl & Leuders, 2018; Prediger, 2013; Rau et al., 2015). We investigate in which way a digital learning environment can initiate and support the central cognitive activities: The generation of learning-relevant pre-concepts in a problem-based individual phase of knowledge construction, as well as error processing (Loibl & Leuders, 2019) and generalization through solution comparison (Rittle-Johnson & Star, 2011). In the individual phase of knowledge construction, we investigate to what extent the digital learning environment supports the generation of the learning-relevant (partial) solutions (germane load) and to what extent it relieves from learning-obstructive activities (extraneous load), as they often occur when drawing with pen and paper. In the teacher-led comparison phase, a 2×2 design is used to investigate the contribution of the two types of comparison (comparison with incorrect solutions, comparison of application to different situations) to conceptual knowledge construction.